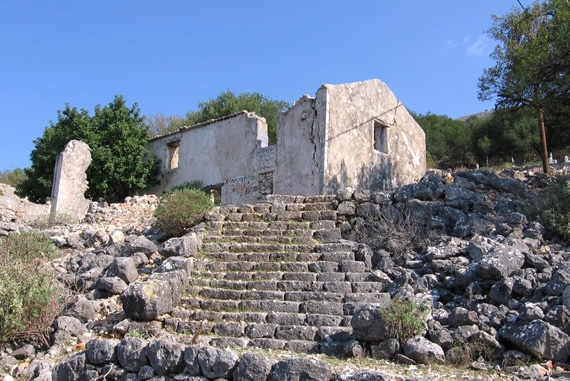 10 lessons the Greek tragedy has taught us

1. A political program is not a piece of paper that is written so that compromises between different opinions of academics and petit-bourgeoisie will take place in order for all to be happy and find their existential peace in it. Without a sound program aiming at a greater vision, organisation and discipline to implement it, you get nowhere.

2. Internal democracy in a party does not mean everyone expressing their opinion on their life’s goals and lifestyle values, but articulating opinions based on material conditions that can be analysed scientifically for a very specific cause. As such, you cannot organise sections of the population only on the negative aspect of political will (what kind of world they do not want or ”against austerity”), but it is equally important and dialectically necessary to organise and attract sections of the population based on the positive, what kind of world we want and will construct.

3. The so called social movements need the support of institutional power structures, as history and specifically the Greek situation shows they cannot go on and function for a long time in atypical and informal networks. They are structures that support particular interests but are mediated by universal ones. As such, instead of helping to stabilise the bourgeois system in order to give them political space to unfold, they should start reading what workers’ power and dictatorship of the proletariat actually means. Those who ascribe to an anti-authoritarian ideology as anti-power, are a contradiction in terms, and anyone who wishes not to touch power is bound to be dictated by somebody else. Progressive and radical social movements can flourish much better under a worker’s state, whilst the ones that cannot are usually directed toward restoring educated petit-bourgeoise’s access to social advancement and are a cover for bourgeois reactionary ideology.

4. If anyone thinks that they are middle class just because they can buy liabilities such as an iphone and have nice vacations during the year, they should think again. Bourgeois sociology is inventing new social classes every year, but underneath all these new layers of obscurantism, there are still two basic classes: the working class that sells its labour power for money and the capitalist class that owns assets and the means of production (and hell no, a laptop is not a means of production). Anyone thinking that middle strata are an objectively existing class, may be reminded that the Greek tragedy showed that everything they have can be lost overnight, that their liabilities and products cannot save them from unemployment, war (See also Ukraine, Syria, Egypt) and their emptied bank accounts because of a Troika decision for people’s deposits to be used for bailout (see also the case of Cyprus 2013).

5. Reality is mediated through material class interests and there is no political action without mediation. This is evident also by the heavy use of the spectacle (traditional and new media) in the political process in such a way that the spectacle is dictating the political process itself. The people can be manipulated into believing and voting against their objective interests. The people of Greece in good will believed a social democratic party fairy-tail covered with the sauce of “hope” as they did with PASOK all the previous years since 1980s. Floating slogans about “radical direct democracy” as we experienced, are in practice drivel words, that as James Petras argues “end up being run by personalistic leaders who presume to speak for “the people” while bending over to their overseas overlords”.

6. The petit-bourgeoise cannot create possibilities for a revolution, it is not a matter of not being radical enough but of a completely different direction due to their position. Their aim is not to change the system but to renew the bourgeois order, alas they cannot do this either. If they want to survive, they need to follow the working class, historically though after a social democratic failure they are usually directed towards fascism (hence the SYRIZA rhetoric “if not us, then the fascists”). For this reason the working class and its party has a very cautious relation with them, reminding the call of KKE towards the petit-bourgeoise to align with the working class in a popular alliance and struggles from below, but refusing to deal with their parties in a bourgeois parliamentary agenda. The working class is the revolutionary one and as such it is the vanguard for reconstructing another possible world. It should not struggle under the hegemony false flags, and the interests and class aspirations of the petit-bourgeoisie is such a flag.

7. The Greek tragedy confirmed the Marxist-Leninist KKE party of using the bourgeois parliament and their bourgeois democratic institutions but not treating it as the sole purpose and vehicle of political action. On the contrary, what is not confirmed, is the insistence of left opportunists (such as the Left Platform and many within the Antarsya coalition) that choosing the lesser destructive (for the moment) bourgeois class interests and aligning with them without having the power in a country, will somehow give a potential for the masses to exploit in overturning the capitalist system. Objectively what they did, was to engulf and give hope to many radical people to supporting a party and government that was predetermined to capitulate. They gave this party a radical alibi. The alignment of the working class with bourgeois interests (such as the ones that Syriza declared: save the EU from the bankers, save capitalism from greedy capitalists, promote growth for bussinesses to create jobs etc) and the alignment of the interests of the economy with the interests of the working class without taking political and economic power within the country leads mathematically to a defeat, surrender, capitulation and possibly enforces fascism.

8. The people cannot be saved by an elite group of decision makers, the people can only save themselves.

9. Capitalism cannot be reformed, only overthrown.

10. Defeat is not an option for the popular masses. Contrary to this statement, a WIN is.

For this reason it is important to organise along class lines to fight consciously to overthrow capitalism and install workers power today. There simply is no shortcut to this.

“Freedom and life even are things they can take from you. Dignity, is something you can only lose on your own.” Nikos Zahariades, former GS KKE. 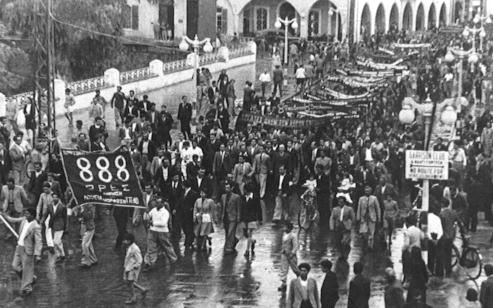